July 24, 2017
As some have seen from a previous post and on Amazon, part 1 of Colfax and Dead is done. I finished Part 3 a while ago too and it is pretty much finished with revisions.

Yes, part 3, my brain doesn't always write in linear fashion. I could post parts of it online.... I have actually the first three chapters up on Goodreads.com. I'll post them here as well. I have chapters 1 and 2 for part 2 done but they are still a bit rough. The idea is to finish 3-4 parts and put them out separately for $0.99 or the 3-4 together for $2.99 on Amazon.

I enjoy writing Daxx, in some ways he is a man of action but he is also broken. Part of me wants to go into what happened with his wife or why his daughter hates him. That however isn't something the character would dwell on. At least he wouldn't tell anyone that he was dwelling on them. I write the stories in first person because I imagine Daxx sitting next to me drinking a warm beer and telling me the tales. 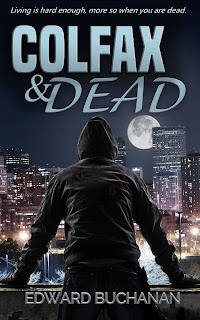